A pickup truck that feels entirely like a car.

The Two Honda Guys Take you on a test drive of a brand new ‘Black Edition’ 2017 Honda Ridgeline truck.

“Today’s crop of pickup trucks are more comfortable and capable than ever before. In Exchange fact, from behind the wholesale MLB jerseys wheel, modern trucks are beginning to feel more like cheap NBA jerseys large crossovers, and none more so than the Honda Ridgeline.

Honda’s small pickup is returning to the market in 2016 after taking a short hiatus, with many of the essentials staying the same as the previous generation truck. The Ridgeline continues to be a unibody vehicle riding on fully independent suspension, packing a dead! bed that features a trunk and dual-hinged tailgate.” – AutoGuide Honda Ridgeline Review 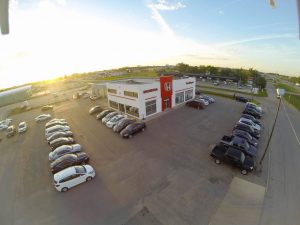 Southland Honda Dealership has been serving towns and communities in the Pembina Valley for over 30 years!
We would like to thank our customers from:

The Honda Ridgeline is a pickup truck that’s actually an open-faced minivan. It hauls lots of cheap mlb jerseys stuff but feels entirely like a car. It doesn’t really compete wholesale NBA jerseys in the light-duty truck segment. But Honda’s specialty is making seemingly foreign concepts work, as the all-new 2017 Ridgeline demonstrates.

Congratulations Herman on your new Ridgeline! Herman tells me he is offering his grandchildren rides first.

AWD is standard for the RTL-E and Black Edition but optional for varying prices on the RT, RTS, Sport, RTL, and RTL-T. While this makes the Ridgeline more expensive than a base Tacoma, Colorado, or even an F-150, the high level of standard features—especially with a V6 engine and a Crew cab configuration—means the Ridgeline is priced on par with similarly equipped competitors.

The big payoff is chuyên exemplary on-road performance that can’t be touched by anything in the segment. ” Outage – CarGurus Honda Ridgeline Review